1 Thess 5:16-18 ” Rejoice always, pray without ceasing, give thanks in all circumstances; for this is the will of God in Christ Jesus for you.”

Today Wyatt was really struggling with his schoolwork. Actually 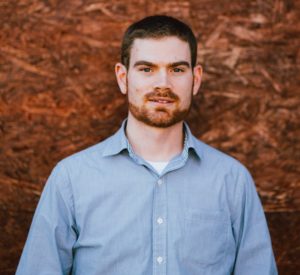 yesterday he struggled also, and it took him hours to complete it because of his bad attitude. Yesterday Catherine let him leave it for a while and come back to it at the end of the day with the motivation of, “Don’t you wan’t to finish it before Daddy arrives home?”. With this motivation, Wyatt finished his work in 15 minutes flat, giving us the insight that the problem was with his attitude, not a lack of understanding.
This morning he was struggling again with his attitude during school….and it was taking forever. I was home this morning so I had the opportunity to talk with him and pray with him that God would change his attitude. We talked about “praying about everything with thanksgiving”. So we prayed and he went back to school. Within an hour he was almost done, with only four more math problems to finish for the day. I was on the way out the door to head to Cluj, and as he told me goodbye I pointed out to him how God had answered our prayer, and how his attitude had changed. I prayed with him and thanked God for answering our prayer. When I got through with praying Wyatt said, “Well I think it was really the music that changed my attitude not God answering our prayer.” So I had the opportunity to talk through that with him, that even through the music helping him it was an answer to our prayer.
I don’t relate this story to throw my son under the bus, but rather it made me think as I drove to Cluj how often do we explain away God’s answers to prayer? How often to do we attribute what is really an answer to prayer to mere coincidence? How much does that blindness stunt our prayer life, and our thanksgiving to God? How much does our sin nature want to give the credit to anyone but God? So, how has God provided for you recently, how has he answered prayer in your life? 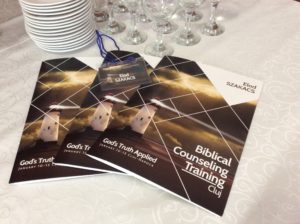 This reminds me of another recent story in my life: The opening night of the Biblical Counseling Training Conference that took place in Cluj last week we had a dining fiasco. The plan was to send the conference participants through the restaurant in two groups. Each group was supposed to move through the restaurant in 45 minutes each, so we had an hour and a half designated for dinner and then we would begin the introduction to the conference and our first worship session. 45 minutes to order food and eat is considered fast service in Romania, but I had been rehearsing the plan with the restaurant manager for 4 months and he had assured me that he could do it. Much to my dismay the first group took over an hour and a half to move through dinner, making the entire dining process take over three hours start to finish. The first night of our first conference the schedule went out the window, and I had participants sitting around the meeting room for an hour and a half while they waited for the other group to finish their dining. It was a humbling experience to pick up the microphone once everyone had eaten and apologize for the difficulties and ask for the forgiveness of the participants. By God’s grace, in the midst of it all the Lord reminded me that I had spent the last several months praying that the Lord would keep me humble as I organized and hosted the conference…and this was an answer to prayer! What a way to keep me humble starting the conference that way, and it was doubly humbling since I also had to admit to the participants that the difficulties were not only my responsibility as conference coordinator, but were in fact an answer to my prayer that the Lord would keep me humble! The leadership team (and probably a good number of frustrated participants partcipants) lifted our dining problem up to the Lord in prayer and he answered us with a good resolution for the rest of the conference…but that is another story for another day.