Our Staff and Volunteers

Our Staff and Volunteers 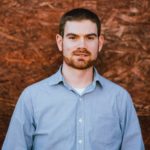 Kyle Ferguson – Organizing Director: Has been involved with ministry in Romania particularly the Bonus Pastor Foundation (BPF) since 2002. In spring 2014 Kyle, with his wife Catherine, and their three children moved to Ozd Romania to serve full time with BPF. After being invited to join the BPF Leadership Team Kyle began to work with them to initiate a staff training and development program. From this effort the Biblical Counseling Training Program was born. In July 2017 Kyle was tasked by BPF to develop a Biblical Counseling Training Program for BPF’s staff and for others in the region who might benefit from such training. In March 2018 Kyle left BPF and returned Stateside with his family, but he continues to serve with Boundary Crossing Ministries as the Biblical Counseling Training Director. 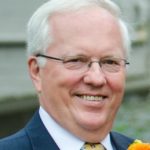 Randy Brooks – Administration Support Team Coordinator: Randy and his wife Erlene were married in 1972. Through God’s providence their faith and love endured through college years at Virginia Tech, and a career in engineering with the Navy. Following four adult children, eleven grand-children and forty-eight years of doing the Government’s business Randy transitioned to retirement, just in time to celebrate 45 years of marriage. As an elder in the Presbyterian Church in America he has seen God’s work in the Church of God through ministry of the Scriptures. Ministry continues as they study counseling through reading and attending conferences with Christian Counseling and Educational Foundation. Through these developments he finds hope in the Gospel of Jesus Christ.

Stuart and Beth Ferguson: Serve as Auxiliary Staff. Together, they have had a long engagement in ministry in Eastern Europe initially supporting missionaries working behind the “Iron Curtain” and then later becoming personally involved in ministry on the ground. They have spent almost two decades working alongside church and ministry leaders throughout Eastern Europe, lived two years in Romania and currently live in Diósd, Hungary. Beth teaches at the International Christian School of Budapest and Stuart is the executive director of Boundary Crossing Ministries, the primary sponsor of the Biblical Counseling Training Program in Eastern Europe. 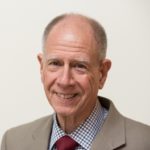 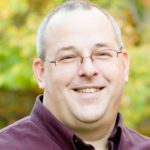 Dave Bentz – Development Support and Guest Speaker: Dave grew up in the state of Virginia about 2-3 hours from Washington, DC.  Before attending seminary, he taught history and geography.  Since attending Reformed Theological Seminary, he has been a pastor in the Presbyterian Church in America and is now pastor of Grace Presbyterian Church in King George, Virginia. Dave and his wife Chris have been married for 25 years and have 4 children. As a pastor, he has found Biblical Counseling to be of great value.  He and his wife have attended the national conference for the Christian Counseling and Educational Foundation for many years now.  In counseling, he finds God’s grace has been the primary instrument of change for people in the church. 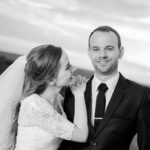 Péter Dömötör – Technical Support: Péter works as a preacher, and as a member and chaplain of Christian Motorcyclists Association. He is from Székesfehérvár, Hungary, and completed his BA and MA in Theology in Budapest. Now he lives with Réka, his medical undergraduate wife in Targu Mures, Romania, where he is working on his MA degree in PR and Communications. Péter loves Christ, photo- and video-shooting, motorbikes and tech stuff. He has contributed his time and talent to the Biblical Counseling Training Program – Cluj by assisting with website development and tech adviser.